The founder and CEO of a mission-driven vino venture reveals how she creates “buzz” in every sense of the word. 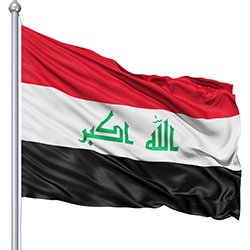 Official estimates are that Iraq’s proven reserves of conventional natural gas amount to at least 3.5 trillion cubic meters (tcm), or about 1.5 percent of the world’s total, placing Iraq 13th among global reserve-holders, with around three-quarters of this figure comprising associated gas that is found in the same reservoirs as oil. The International Energy Agency, though, estimates that ultimately recoverable resources will be considerably larger, at 8.0 tcm, of which around 30 percent is thought to be in the form of non-associated gas. Despite these huge potential gas resources, Iraq has made little substantial progress over the years on developing this potential either for associated or non-associated gas, mainly flaring the former and overlooking the latter. Last week, though, a heads-of-agreement deal was announced with French oil and gas giant, Total, to jointly work on four major projects that include developing the associated gas sector.

Part of the multi-billion … Read more

Get quality advice from a pro and start making money.

Air Canada (TSX:AC) has withdrawn its takeover bid of vacation carrier Transat AT (TSX:TRZ) after it ran into resistance from European regulators.

Air Canada said it offered a “significant package of remedies” to satisfy the European Commission’s concerns that its merger with Transat would reduce competition on flights between the European Union and Canada.

The Montreal-based airline said in a written statement: “Providing additional, onerous remedies, which may still not secure a European approval, would significantly compromise Air Canada’s ability to compete internationally.”

Air Canada agreed to buy Transat, one of Canada’s biggest sellers of vacation flights and packages, in June 2019 and later raised its bid to $18 a share to win over recalcitrant shareholders and seal a friendly deal.

After the coronavirus pandemic struck, the companies agree to revise the deal to $5 a share in cash or Air Canada stock, valuing Transat at about $200 million.

Create ‘Hero relationships’ with your workers so you foster a team environment that helps fix mistakes and makes your business stronger.