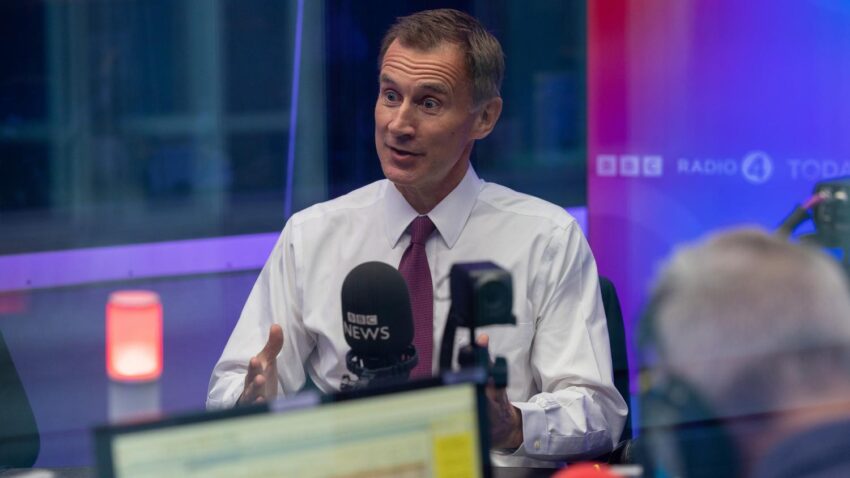 Windfall taxes on energy companies could be raised to 30 per cent and extended as much as three years, as Downing Street to scrambles to fill a £40bn black hole in the UK’s finances.

In this vein, Chancellor Jeremy Hunt is considering hiking the Energy Profits Levy up to five percentage point, according to The Times, which would potentially raise billions of pounds in extra revenue,

This would be on top of the £25bn it had been due to bring in over the next three years.

The tax could also be extended until 2028, extended beyond its current sunset clause of 2025.

Internal government predictions suggest oil and gas prices will not return to normal levels for the rest of the decade.

David Morin, founder of Brooklyn-based startup SocialSelf, knows that socialization is hard — but he wants to make it easier. The Bank of England was among London landmarks targeted by environment activists this morning, along with the Home Office, MI5 and headquarters of News Corp.

Two Just Stop Oil demonstrators were arrested by City police outside the Bank of England, after the building was covered in orange paint.

The City of London Police said the campaigners were held “in relation to protest activity outside the Bank of England this morning.

“A small cordon affecting the pavement remains in place.”

On Twitter, the Bank of England said it “was vandalised by Just Stop Oil today. Many thanks to City Police for their swift action and arrests.”

“We will cooperate fully with any further police investigation. Tackling climate change is everyone’s responsibility”, before sharing what it is doing.

The Metropolitan Police said it has arrested six people on suspicion of criminal damage across the capital in connection with the protests.

One of the things you need to prepare for when you’ve reached your retirement age is your will. It is a document that lists all your properties and assets and…