The far-reaching benefits of diversity and gender parity in leadership and decision-making are increasingly acknowledged in many domains, and women are potent agents of change. Despite this, women remain disproportionately under-represented in politics, business, and communities.

Women are increasingly making their leadership existence felt in entrepreneurship, administration, education, engineering, health, and other disciplines at the regional, national, and global levels. Women entrepreneurs are becoming increasingly determined to break through the traditional glass ceiling that has kept them from rising to positions of leadership, despite possessing the required skills and talent.

In current times, women are continually changing and accomplishing new milestones throughout a wide range of human activities. Below are a few prominent women business leaders that are changing the redefining the modern business space.

Susan Wojcicki: Face Behind the Red-Play button on your Smartphone

“Though we do need more women to graduate with technical degrees, I always like to remind women that you don’t need to have science or technology degrees to build a career in tech.”

Susan Wojcicki became the CEO of YouTube in 2014, but she had already established herself as an entrepreneur, paving the road for her to become one of today’s most successful female CEOs. Wojcicki established her first company at the age of eleven in Palo Alto, California, selling spice ropes—plaited yarn strung with spices—door to door.

Before going to college, she worked for the school newspaper to study humanities and take her first computer science class. She earned honors in history and literature at Harvard University and hopes to pursue a PhD in economics before pursuing a career in academia. When she realized her interest in technology, her goals changed.

She was hired as Google’s 16th employee and marketing manager in 1999. She was then promoted to the Chief Vice President of Advertising and Commerce, where she was in charge of Google’s Google Video Service, which was at the time YouTube’s competitor. Wojcicki saw YouTube’s potential and recommended its purchase to Google, which she eventually did for US$1.65 billion in 2006. And today, she is responsible for youtube’s exceptional growth, turning it into one of the largest video streaming platform. 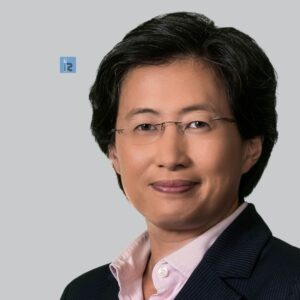 AMD (Advanced Micro Devices, Inc.) is a semiconductor firm based in the United States that makes computer processors for both the commercial and consumer markets. Lisa Su, a Taiwanese American business leader and electrical engineer, is the company’s CEO and president. She progressed through the ranks at IBM, Texas Instruments, and Freescale Semiconductor before becoming AMD’s CEO and president in 2014.

Su’s statistician father encouraged her to pursue math and science when she moved to the United States when she was three years old. Her mother was an accountant who eventually went on to become an entrepreneur and would teach her about business. Su has always been naturally curious, claiming that she wanted to be an engineer because she wanted to understand how things worked.

Su was one of the pioneering scientists to shine a light on an unproven strategy for enhancing semiconductor technology as a PhD student. Fortune named Su one of the World’s Greatest Leaders magazine in 2017.

Mary Barra: On the Driving Seat of General Motors

“I have worked for a lot of really great leaders and mentors that I felt provided me, along with many of my peers – many of them women – opportunities.”

Mary Barra seems to be born with a passion for American automobiles. Barra’s father, Ray, worked for the Pontiac factory in Detroit for 39 years, and She graduated from the General Motors Institute with a bachelor’s degree in electrical engineering. She started working for General Motors as a co-op student in 1980 when she was 18. Her employment entailed examining fender panels and hoods, and she utilized the money she earned to pay for college.

Barra worked at General Motors in various engineering and administrative roles before overseeing a complete assembly line. On a GM fellowship, she went on to Stanford Graduate School of Business and earned her Master’s in Business Administration.

From 2008 until 2014, her dedication to the firm saw her advance through the ranks, eventually making history as the first female CEO of a car company. 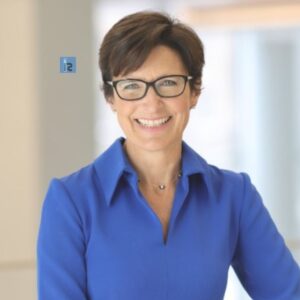 Jane Fraser is the CEO of Citigroup, the world’s largest bank, which serves millions of customers, corporations, and institutions in 160 countries and territories. She is the company’s first female CEO in its history.

Jane has extensive expertise in Citi’s consumer and institutional operations and has been instrumental in building the organization into what it is today. She was President of Citi and the Global Consumer Bank CEO before becoming CEO in February 2021. She was responsible for Citi’s consumer businesses, including retail banking and wealth management, credit cards, mortgages, and operations and technology in 19 nations.

Jane was a partner at McKinsey & Company before joining Citi. She began her career in London with Goldman Sachs Group, Inc., and later moved to Madrid to work at Asesores Bursátiles.

She serves on the Harvard Business School Board of Dean’s Advisors, the Stanford Global Advisory Board, New York’s Economic Club, and the Council on Foreign Relations as Vice-Chair for Partnership for New York City. Jane graduated from Harvard Business School with a Master’s degree in Business Administration along with holding a Master’s Degree of Arts in Economics from Cambridge University. She has two children and is married. 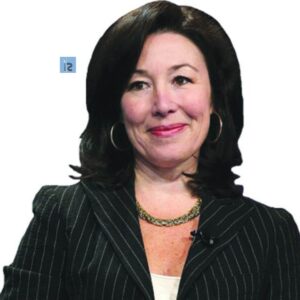 “The most significant barrier to female leadership is the actual lack of females in leadership. The best advice I can give to women is to go out and start something, ideally their own businesses. If you can’t see a path for leadership within your own company, go blaze a trail of your own.”

Safra Catz was six years old when she and her family relocated from Israel to the United States. Her background was ordinary, as she completed high school before enrolling in university to study law. Starting her career as a banker and an investment banker before rising to the position of managing director at Lufkin & Jenrette. She rose to the position of senior vice-president there before transferring to Oracle in 1999, where she held the same position. Her abilities propelled her quickly up the corporate ladder; in 2001, she was elected to the board of directors, and in 2004, she was elected president. Her greatest triumph at Oracle was the acquisition of PeopleSoft, a competing software company.

Catz supervised the US$10.3 billion acquisition, which earned her the title of CFO. She’d become one of the most prominent women in business by 2009. She was slated for posts in the upcoming administration alongside other high-profile CEOs such as Apple’s Tim Cook, Amazon’s Jeff Bezos, and Facebook’s Sheryl Sandberg after Donald Trump’s election. Catz is now widely considered the highest-paid female CEO in the United States. She’s also been a member of The Walt Disney Company’s board of directors since 2017.

In the current business landscape, women are breaking every stereotype and dominating every sector, bringing a corporate shift in the business space. Furthermore, there is evidence that women are playing a significant role in determining the business future.

Along with dominating the business space, women leaders may play a significant role in promoting peace, security, and prosperity. They are also playing a crucial role in promoting human rights, justice, national reconciliation, and economic regeneration through participation in peace processes and other formal decision-making procedures. Today, investing in women’s leadership is a step towards sustainable development, making this world more secure and peaceful place for everyone.